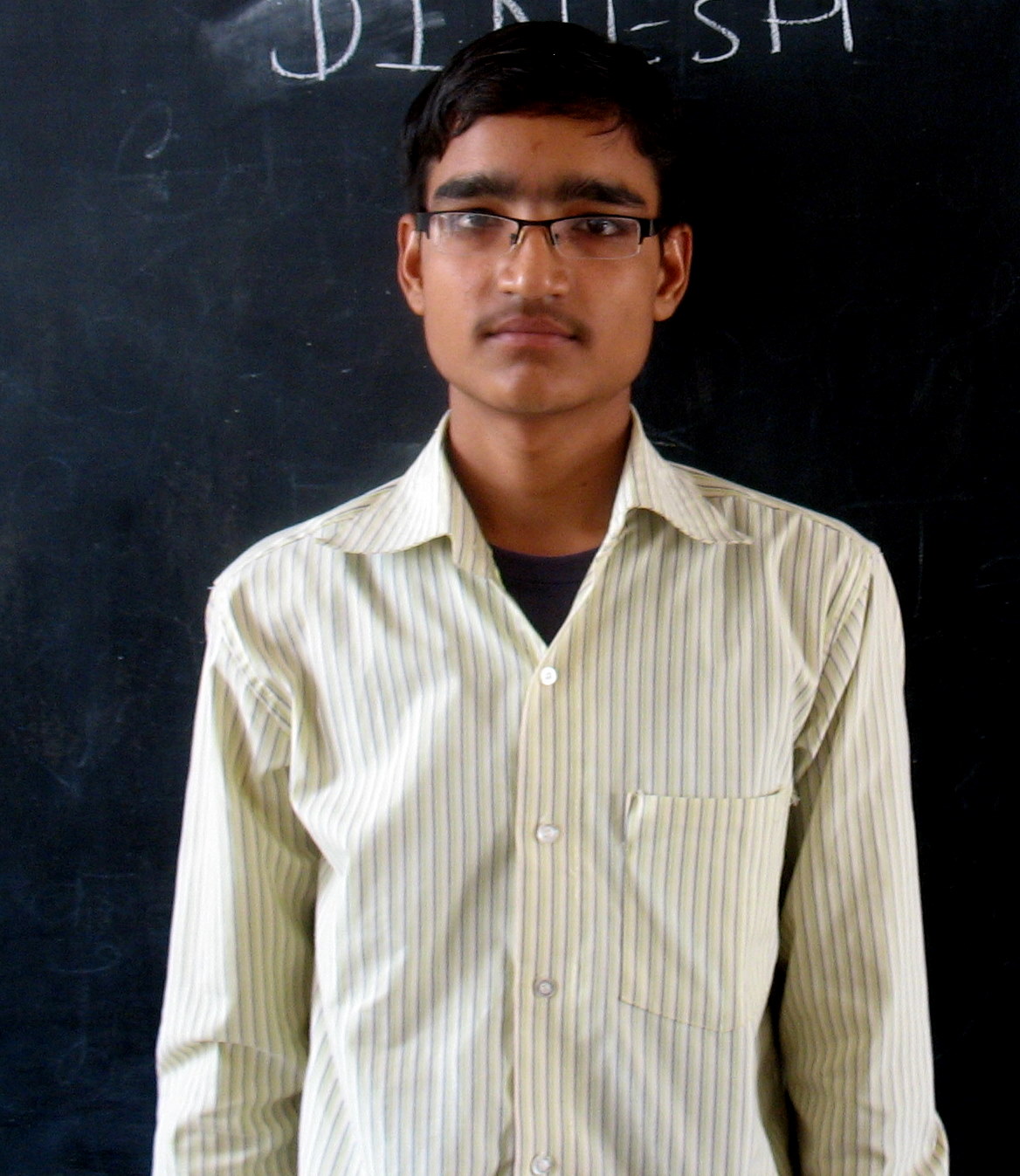 JNV Nagaur I'd like to become a Dakshana scholar and hopefully attend IIT
I, Dinesh Kumar Mohanpuria belong to a middle class family. My father, Bashidhar mohanpuria is a labourer. My mother , Smt. Kamla Devi is a housewife. I have a brother and an elder sister. My family expected me to do something in life because no one could take up a government job in our family. Due to the poor conditions in my house , I studied in a middle school till standard 5. After class 5 I got selected in the entrance for Navodaya Vidyalaya. This was the first time I met people from the outside world and increased contacts with many other people. After comeing to Navodaya vidyalaya , I achieved whatever I could not achieve at home. I appeared for the National Talent Search examination in class 8th. It was after that I started recognising myself.I was an average student till class 8th but started being considered a good student after I cleared this exam. My principal informed me that I can avail the coaching at kota after my 10th class.I went there but did not like the coaching over there and wanted to get back to Navodaya Vidyalaya.After some days my classmates called and said that I was selected for the Dakshana selection test. I was very happy to hear this.The exam was supposed to be held the next day only. I immediately took a train from kota and reached my Navodaya where I was asked to carry my important documents and move to Jaipur Navodaya where the Dakshana test was supposed to be held. I rushed home to get my document.I felt strange on the day of the examination because I was not prepared for the exam. The paper went well but I was not confident whether I would make it. I went back to Kota and waited for the results to come out. I have troubled Col R K Sharme many times with the same matter too. In the end , he told me that I have been selected. It was the happiest day in my life. I dint know wether I would be able to go back to the Navodaya or not.I felt that my performance can be better at the Navodaya than anywhere else. I dint like studying there.After the selection , I realised I can use all my strength to study well now. I along with another guy got selected for Dakshana. We travelled for 3 days before we reached Bangalore JNV.I could not meet my family members before I left for Bangalore.I felt as if I had entered a new world.I met new people. I was desperate to go back as I was feeling lonely.I felt as if I cannot stay there but had decided that I would stay there till I achieve my goal.The teachers and students spoke with us in Hindi and made us feel at home. I also faced a difficulty with the food.But you have to sacrifice some things in life before you achieve what you want. After meeting the other scholars I did not feel very lonely. I will always be thankful to Dakshana for giving me this opportunity. After knowing about Dakshana , it feels that we have atleast some people who think about the betterment of the country.TIME has also coached us nicely till date.I like Maths and the Maths teacher a lot. After qualifying for IIT, I want to join NDA as I am very attached to the army. Now my only aim is to make it to the IIT.