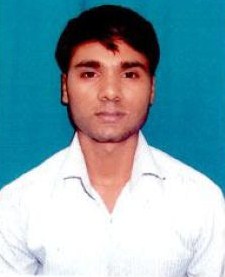 JNV Buxar I'd like to become a Dakshana scholar and hopefully attend IIT
I had a burning desire to get in IIT since my 7th std. . Initially , I did not know much about IIT . with the passage of time I knew the fame and prestige of IIT . I wanted to do something best and something special than others . I had also desire to do something good in the field of ?science and technology?. So , I decided to crack the IIT-JEE. But my parental income and family situation was not so good. So , I searched for some other choice . I heard from my seniors that I can do with my dream by appearing GDST and getting in Dakshana foundation . I heard that dakshana provide 100% scholarship for IIT ?JEE coaching. Then I prepared myself to crack GDST form childhood I had great interest in the filed of technology. I used to think about the possibilities in technology . I always used to read newspapers technology portion more with interest than other. It had not possibilities for me to think about it. My father is a simple labour and mother is housewife. Both are non-matric our family has not so much income to coach me for IIT. So, Dakshana was a golden chance for me. Dakshana provides world class coaching for IIT. It has a large number of experienced faculties. 100% scholarship was the most important thing for me .