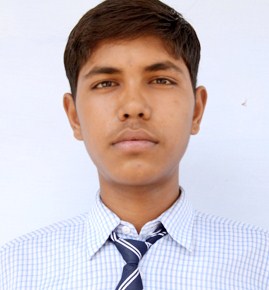 JNV Pali I'd like to become a Dakshana scholar and hopefully attend IIT
I'd like to become a Dakshana scholar and hopefully attend IIT because, In my family my brother and sisster are talanted from starting. we used to study with the help of each other and by taking the help from our uncle.Because of the lack of guidance my brother didn't do well in her studies. But I got guidance from my brother.My brother only told me about IITs. I got futher information about IIT from one of my brother's friend Ramchandra Mosalpuria who studied in JNV Pali and Dakshana too. Now he is in IIT Delhi. He told me about Dakshana and then I aimed at Dakshana from VI class onwards. Though I am done with that , but I have to get a seat in IIT due to my economic conditions. I want enlight the name of my family and country after going to IIT. IIT is the best technical institute in India. I have a golden chance to study in IIT. I want to do something for my country after going their . There are a lot of indians who enhance the economic condition of foreign countries by working their.They don't do anything for their countrisbut i want to serve my country.there is only one IITian in my whole locality and i also want to enlight my name.Most of the educated people I have seen near my home are unemployed because they have vot completed their studies from a good institute so I have to get good educatuion and job by taking benefitof this chance. At last I offer greetings to all indians who are working for our country.

Note: This is an exact reproduction of the essay sent to us.
Coaching Location: JNV Bundi Batch: JEE 2016 Scholar Form