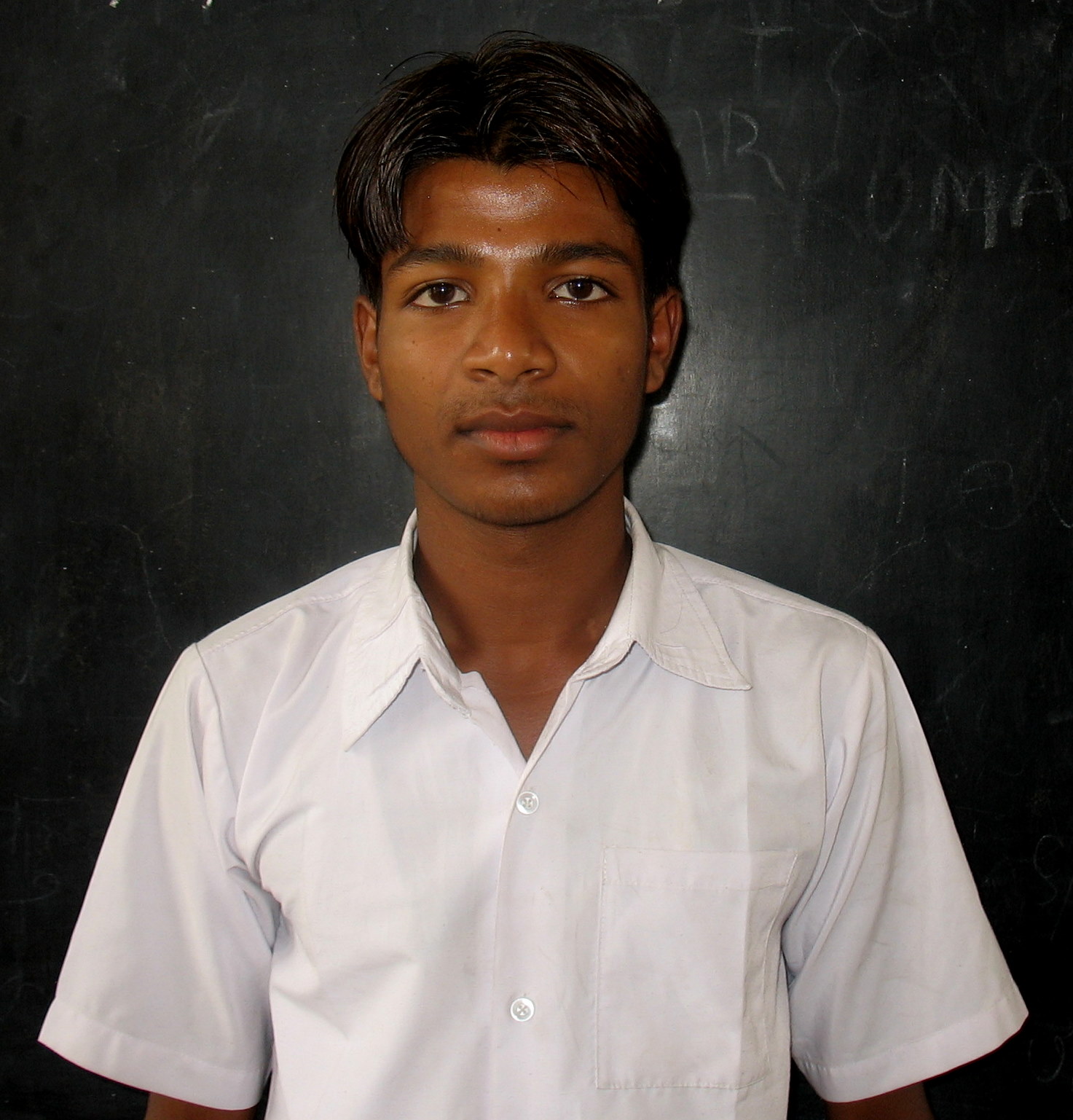 JNV Kaushambi I'd like to become a Dakshana scholar and hopefully attend IIT
I, Akash Kumar live in Allahabad, Uttar Pradesh. Apart from my parents, my two elder brothers stay with me and I am very close to them. My father is an ordinary businessman and my brother is a book seller. My younger brother has entered the second year of college. Whatever I have achieved till date, it is because of him only. My family is very big and it is difficult to mention about all family members. Till standard 5, I was educated in a school in a place called Kaushibi near Allahabad. I am very proud that I belong to Allahabad as it has a lot of importance in the history of our country. I appeared for the entrance examination for the JNV after standard 5. I always thought that life in a hostel will be very nice and there will no one to stop me for doing any task. When I left Kaushibi JNV, I started missing my friend Praveen Choudhari and my mother a lot. My friend used to help me a lot in my studies also.i also ran away from my school in class 6. I also received a lot of scolding after being caught. One of friend?s mother explained me and said that her son also lived alone and away from his parents in the same JNV. I realised that if he can live alone , then I too can live alone in the JNV.I was not a very good student at that time. But then I started improving in my studies.There was no clue about my rank in class 6. In class 7th, I managed to get a rank around 10th in the class. I also made many good friends at the same time. Among them are Sandeep Singh and Puneet Chaturvedi whom I can never forget in my life. In class 8,after working a little harder, I managed to come 6th in class and Sandeep Singh stood 1st in class. Be it friendship, teacher?s scolding or playing in school, time just flew very fast in those 2 years.
I stood 1st in class in the 9th standard. Then I realised that even I could do something.i like cricket a lot.We spent most of our time on Sundays playing cricket. In class 10th, inspite of not being so good in English, I managed to break the record of the school by scoring 94.6% and scored 92% in English. My parents were very happy about my results.I am studying for their happiness and my success in life. On 19th July, 7 children from my school went to appear for the test in Lucknow. My exam went well. On 21st August, my principal gave me the good news that I had been selected. I felt the same happiness that I felt in Class 6th.But at the same time , I was unhappy that I had to leave my friends with whom I had been for 5 years in the same school. I was the first boy from my school who was selected for this test. All my juniors have received an inspiration from me.Wehn 12 of us from Uttar Pradesh reached here, we felt very bad and I started to remember my parents once again. When I was leaving home , everyone thought that I would be coming back in the summer vacation. Now, It will be hard to tell them that I will be going home only in April 2011. I have heard the saying ? no gain without pain?. I will have to do this for my future. I consider the bollywood superstar , Akshay Kumar as my idol. He has grown up from being avery ordinary person to a person who is famous in the world. His ordinary lifestyle and views which are different from other people impress me a lot. I also want to be a successful human being like him. I do not intend to be a hero like him. Now, I will tell you about my views about Dakshana. Initially I had no idea about this. Then I learnt that this is an organization that provides IIT JEE coaching for free to selected scholars. When I got selected , I realised that If I had not been selected , my parents would have never been able to provide the coaching to me. Now I want to prove to my family that I will become something in life and for this I am ready to work very hard. I want to achieve a good rank and want to get through IIT Kanpur. This is my only aim now. I promise to make it there.