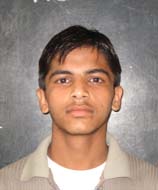 JNV Bijnor I'd like to become a Dakshana scholar and hopefully attend IIT
I'd like to become a Dakshana Scholar and hopefully attend IIT because by childhood I have a dream to become an IIT engineer.I like very most IIT I want to become an electronic engineer.So for it I gave many times Entrance Exam for IIT coaching like as FIIT-JEE & BEATS but I got very poor rank in these examination.But when I got call-letter from my school J.N.V.Bijnor U.P.Firstly I think that I will not go But I thought I should go.But what I had been for Dakshna IIT coaching.I feel very happy and also unhappy happy for IIT-coaching and unhappy because my selection was for J.N.V.Bangalore Urban It is so far away from Bijnor.But to complete my dream I want to J.N.V. Banglore Urban.I will worked hard for selecting in IIT-JEE. In my opanion Navodaya Samiti is very good .foundation because due to it it in Dakshana foundation.Dakshan is very big and best foundation for poor intelligent boy who are unable to study in so higher or CBSE Board School and expensive coaching centre and in the last one day I will complete my dream of IIT-engineer.Dakshana Scholers has a different personality to offer.Dakshana Scholers work hard for IIT-JEE.