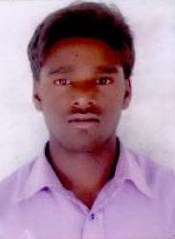 JNV Raebareli I'd like to become a Dakshana scholar and hopefully attend IIT
I'd would like to be a DAKSHANA scholar and hopefully attend IIT because IIT is my dream. I want to become IITIAN and want to do hard work for the country ,but for become an IITIAN hard work is required. And it is not possible to do study properly with any other help. I belong to a rural and poor family. I have a family having 8 members. My father was unable to arrange a coaching for me because it requires a lot of money and it is not possible for him. In my childhood I always thought that I will become a person with intelligence and do work first for my parents and then for all society for their economicimprovement. I always thought of becoming a rich person with respect. When I heard about Dakshana in my parent JNV then I was very happy because now I have a path for become an iitian. I want to become a Dakshana scholar. Dakshana is great institute in the world who thinks about those students who are poor but intelligent. DAkshana provides free coaching for students belonging to poor family and make them perfect for their perspective examination IITJEE. It also provide all basic requirements which is necessary for a student. It also provide a lot of books which can not bought by us as well as poor student. Dakshana was a institute through which I can go to IIT. So now I had a new dream for becoming first a dakshana scholar and then IITIAN. Now I am a dakshana scholar and doing hard as well as smart work with a hope. Initially it is not easy because there are change in environment and in other things but it is not that things which affect my study. I will try to manage it and study as well.