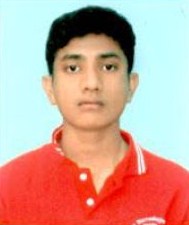 JNV Raigarh I'd like to become a Dakshana scholar and hopefully attend IIT
when i was in 6th class i first time heard a word containing three letters.I don't know the meaning but heard it a lot of times asked the bhaiyas they told me the full form stil i was not understood the meaning of word. till the entry in 8th class i had only understood that a student who passed from IIT get a huge salary. i become fascinated that the salary also reached in crores. sometimes i desired my self to got into IIT to get that salary.but when i came to know that IIT need a lot of effort to put and lakhs and lakhs of coaching amounts. My desire fade away not beacause of efforts but hearing the coaching amount.DAKSHANA this word is better explained by a student who belongs to a middle class family rather than a student from highclass family.
This is true that Iam nothing without dakshana.Remaining at my parent jnv I could not thing ever that I ever got into IIT but Dakshana had provided me to the IIT.Getting into IIT's does not limited to the big salaries .Bill Gates have crores and crores of property but he also has NGO's all over the world. Although money is not anything in his life but money is something that can inspire the people .Till getting into the Dakshana system the IIT means me only about the salary but now it means me a lot.It means me beyond the money and my future too.It means my family hapiness and moreover it meas my good days.It means the word that i am an IITian. morethan this it means the happyness of my mother.Great thing in the world.
-Vikas Painkra