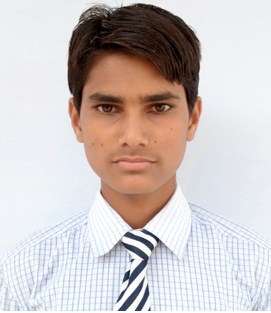 JNV Sawai Madhopur I'd like to become a Dakshana scholar and hopefully attend IIT
I'd like to become a Dakshana Scholar and hopefully attend IIT because Dakshana foundation is a such type of institute which provides good quality of coaching to talented JNV scholars. So, I also wanted to study in this institute because it does not take fees for study and gives an exxelent result in IIT-JEE also. I also want to be an IITian but we do not have much money for such type of coaching. I want to say all the readers that every student that is JNV scholar can be selected in this institute by passing GDST and can take such type of grand Dakshana coaching for IITJEE. From childhood I had a hope in my heart that I aslo become an IITian similar to my brother. Because he motivated me that this is a technical world and there is nothing without technology, so he always told me to study. But with a simple study in CBSE schoolwecan not find a good rank in IITJEE. So, I joined Navodaya by passing JNV test and then passed GDST 2014 and from then I expected to find a good rank in IITJEE and a good college. I can tell this thing that with a constant sudy I can do this. Dakshana provides good coaching with the help of various coaching institute in India. Dakshana provide good faculty for coaching and also providebooks sheets daily. So, students study continuously and complete hopes of themselves and their parents. So I like dakshana foundation very much and choose it for best study. Thanks You !