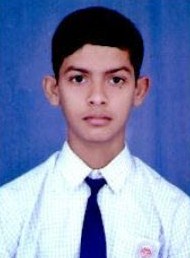 JNV Bankura I'd like to become a Dakshana scholar and hopefully attend IIT
I'd like to become a Dakshana Scholar and hopefully attend IIT because ?from my childhood I always dream about becoming an IITian, and as I grow up my inclination for becoming an IITian grew more and more.But as I have come to know that it is a very hard work to get into IIT from the studies in school, I was somewhat distressed as my family could not bear the expanse of taking coaching for IIT from an institution .But as I came to know about Dakshana foundation I got a new power of being into the IIT .I knew if I can go to the Dakshana foundation and become a Dakshana scholar it would provide me a platform to get into the IIT. I would get more time to utilise in studies there more than that of in my parent J.N.V because I would not have to take participation in the co-curricular activities there.I would also get the coaching from some best teacher in the country provided by Dakshana foundation. Lastly, I want to become an IITian because India is developing country which needs more support in the industrial sectors and so being an IITian I can help my nation to developa bit further. Being an IITian I could improve my family? economics condition as well as could get more respect from my society. And above all I would get much knowledge from IIT not only from teacher there but from the best student in our country, which I always demand.
Lastly,Dakshana foundation is the best institution in the country according to me which help the poor but hard working students who aspire to attend the IIT. And I think I could hopefully attend IIT through the Dakshana foundation.