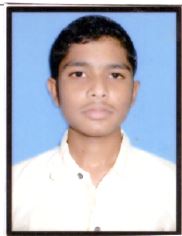 JNV Chhatarpur, Madhya Pradesh I'd like to become a Dakshana scholar and hopefully attend IIT
Its my enthusiasm to reach higher qualification and proved my local as a representative and as i heard that dakshana foundation is the best stage for own best future. And also for decreasing my financial problems of my family,which is the most bigger problem for me to get success. And just like me this is also the problem for such type of children who wants to prove the bigger dreams to fulfill their guardians dream or thier to solve their financial problems. So for all above mentioned problems i want to solve and to help that peoples who has best dreams but worse condition to achieve them.
At first i don't know much about IIT. only single thing i know that the institute for engineering and those were made for extra ordinary intellectual peoples and for wealthy persons.
As according to my family weak financial condition> I wants to be dakshana scholar.which just is stair to IIT for me.
Dakshana is so best. It is as hope for low class to reach high. That's why i am thankful to that person who are working for other dreams to be possible. That was their great think who taught about other. Its very great thought because in this time wealthy become more wealthy and poor to worse poor,but nobody worry about them.
Coaching Location: JNV Bundi Batch: JEE 2019 Scholar Form