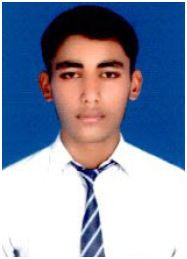 JNV Haridwar I'd like to become a Dakshana scholar and hopefully attend IIT
I'd like to became a dakshana scholar and hopefully attend IIT because first of all is
that,I like to take the competitive exams & therefore trying to get a good result
The special thing about IIT in my mind is not being anaim,but a challenge in front of me which whetheri clear or not.i think that IIT should not beanyone's aim/destination, but a scale to measure up
your potential, hard-working capabilities & your approach .only getting into IIT is not a great thinking, but throughthat path , builfing up your dreams into reality, serving the society and to the top , the nation must be the primary task.
i like to attend IIT because there would be a different world , beyond our imagination , notb related to fun, food or facilites but the way of thinking about the things and about this world. I have not any particular ambition in my mind that being a mechanical/chemical engineer or so , but i had some things that i would definitely do. I always believes in doing something , not being something.Also as our PM NarendraModi says that dont think to be something but think to do something.
some works which i have to do that (1) i will try my best to uplift the level of education in my village(local area), because i had seen that the education level there is not up to the mark and main cause of that is the lack of awareness among people, children , and students. JNV was the place where i come to know that there is something named IIT , otherwise i would be like my unaware village friends, if don't get selected in JNV
(ii)the second one is the stablish and an NGO which would help the aduts and the farmers , because i being a son of a farmer , knows all the problems that a farmer faces in his daily life and therefore i like to help the farmers of my country in whatever the way i could do. dakshana has given me such a golden chance to pursuit my goals and lift my parents' head with proud by cracking the IIT-JEE
i had heard about the dakshana since my earlier classes from our seniors and had a dream of being selected in it through GDST. i had worked a loy for getting into dakshana and think these will continue so that i could crack the JEE sincerely . i really likes the idea of dakshana-"alleviation of poverty through education" as a hand of help to someone.at least, i thank dakshana and whole dakshana team a lot from the depth of my heart.