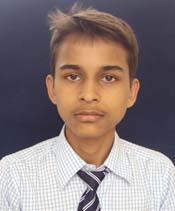 JNV Dhamtari I'd like to become a Dakshana scholar and hopefully attend IIT
I'd like to become a Dakshana Scholar and hopefully attend IIT because of the following three reasons mostly. Firstly because Dakshana Foundation as seems from the name seems that It does a lot of effort to help the students of JNVs cherish their dream IIT. They coach the children for 2 years providing book also. For study as well as psychology they provide books to the scholars. All without any cost. So eventually everyone has a wish to go to be a scholar of such institution. Nowadays the private coachings are very expensive and most of them do not assure success. Though it depends on the preparation of the child that he gets a good rank and like that. But here we are appearing for screening test. So the students would be very studious and knowledge ful. While one spends a lot of money but without a disciplinary system the study is of no use. Dakshana Foundation must have a set of rules and regulation to follow. This foundation means a foundation of IIT is great one.
Secondly, Private coaching are not well regulated. They do like lectures in college The used to come and teach whatever the child is doing it is no matter for them. So In case of this it is not so we are to be migrated from JNV to JNV so that with discipline The faculties can guide us to reach our destiny. So far preparation of IIT JEE I think this would be best place. The faculties may be hard working for students/scholars. So a little hard and sharp work can add to success in IITJEE.
Thirdly I belong a middle class poor family. My father is a clerk and he tries to do his level best for my education. We don?t even have money to go to such expensive coachings. So since I have got such golden opportunity I would assure people do the best level. It does not matter whether I succeed or not but I will thank Dakshana Foundation and faculties for the knowledge they?ll give me which are essential for my second attempt.