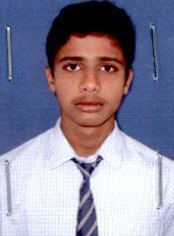 JNV Mysore I'd like to become a Dakshana scholar and hopefully attend IIT
It?s a hope in my mind which is ignited by Dakshana. It was a dream to become an IITan from my childhood but due to my family economical background this dream seemed immposile but after getting dakshana scholarship this small plant diying due to scarcity got the fertiliser to rise up. I would like to become a dakshana scholar and become an IITan because it is matter of pride to be in one of the most reputed institute of india and i want to set a role model infront of all the rural poor people from which they all would got inspired and more confidence for future that a poor boy can also become a successful person in his life the opportunity given by the by the central government is very precious to us. So i would like to utilise it in specified manner.