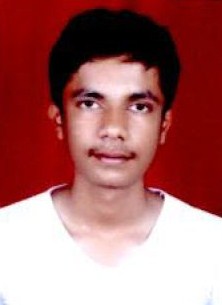 JNV Mysore I'd like to become a Dakshana scholar and hopefully attend IIT
i would like to become a dakshana scholar and hopefully attend IIT because , everyone finds one the other way to get settled in their life. as others i too had a dream of my fututre life in class 9th itself. in order to makev the dream in reality i can say being a dakshana scholar is more than enough as well as our hard too important. but to encourge that hard worki9ngness skills that type of instittutions play a major role.
in the outside world people spend thousands of money tio get these coaching but i can say being a navodayan or scholar we cant be provided facilitated by the teachers outside where or dakshana is doing it systematically so i thank their institutions and i ensure that i will not forget their institution in my life. actually i wasn,t aware of IIT in the lower classes and it,s uniqueness unless abhaiya for the first time from our school selected for dakshana . now he is studying in IIT delhi after that i alson come to know that JEE advanced exam is the one of the toughest exam in the country. so on cracking this exam i have to show how much inner potential i have. to be frank our parents aren,t of IIT.
but they only thought me to become a docter. on writting CET karnataka now also they oppose my choice. but by cracking the exam and get setteled in my life and to tell that i haven,t chosen a wrong path. but an amazing path.
if there goals should be in true i think not just think i believed that hopefully attend the IIT is the way to succes to find the way i had already become adakshana scholar and next tool is hard work. thats all along with the strong determination all makes me an ideal as well as a successful person.