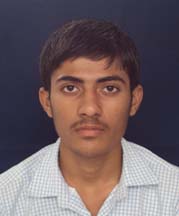 JNV Kathua I'd like to become a Dakshana scholar and hopefully attend IIT
I'd like to become a Dakshana Scholar and hopefully attend IIT because I want to become an astronaut and I thought that IIT is the best way to achieve my aim. As we all know it is at the topmost rank. Whenever I saw the pictures of the Toppers (IIT) in the newspapers or on television then I and my heart was very attracted towards the IIT. I am also very interested in solving the problems of Maths and Physics. I also heard about Dakshana Foundation which helps the JNV student to qualify IIT by coach them. So I do hard work in maths and science to qualify the entrance of Dakshana foundation and to becomes its scholars when I give the entrance of the Dakshna I be not confident to selected for Dakshna because of My physics but till the last I have a little hope in y heart that I may be selected and at last I am selected as Dakshna scholar this is a great achievement for me. And I hope that through the coaching given us by Dakshna I will get a top rank in IIT-JEE. I am very thankful to dakshna foundation as they help us to schieve the success. I think that If a person determine to do anything then he definitely do it. I hope that I am very lucky as I got Dakshna coaching.