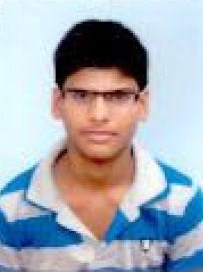 JNV Bundi I'd like to become a Dakshana scholar and hopefully attend IIT
I'd like to become a Dakshana Scholar and hopefully attend IIT because like all students who have an inclination towards maths, science, I also have a dream of studying in India?s most reputed institutions ?IIT?. But our financial conditions don?t favour us for preparing in world class coaching institutes to get into IITs. In that situation of complexity, whether to do IIT or leave the dream, DAKSHANA appears as a boon for us.
Now, let?s come to other point. I want to do IIT to serve my country. I want to do something for my country. Our country needs a lot of development which would only come when all the people would give their best efforts to serve the country so that it can become a pleasant country where no one would be poor, no one would be undernourished etc. All the people get the facility for their basic needs. I want to do a lot for all those who still lives in a very pitiful situation. I want to improve the deadly conditions of backward tribes who still remain in the world of unknown. They are like anonymous, most of them also don?t know that in which country they are residing in? I want to put my effort to serve the country and to do some work for humanity.
My personal view to do IIT is this, I am a person who is crazy about technology. I want to do engineering for my interest. Technology, it is the thing which always fascinate me. So I want to pursue my higher education from IITs which are known for its applied technical education.
In last, to do IIT and serve my country, initially the step is to prepare hard for IIT. And I am sure that with the help of DAKSHANA and hard work, I will make it.