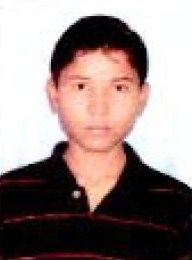 JNV Sant Kabir Nagar I'd like to become a Dakshana scholar and hopefully attend IIT
I belong to a middle class family and live in U.P.which is
economical and social strength is very week. population of
U.P is highest in india but economical rate is low.many of
beggar are live in U.P. after which i became an engineer and
got a package,i will do social work for my society and for my
country.iwil try to give chance to that student who deserve
for that but they have not capacity to gain due to lack of money
and social awareness i want that india have so many engineer and
doctor who make it develop country in future.india have maximum
papulation of younger people so we have to use it in development
ofindia in all areas.where they want to go like as dakshana,i also
want to start a coaching institute which gives coaching to student
who have capacity to do something.Dakshana give coaching to student
for IITJEE but my institute give coaching to both engineering and
medicalbranch,ifi open that institute.dakshana is the best institute
inindia for all the student if you qualify examination but other
coaching institute such as Allen,Resonance,FITJEE,Aakash,Bansal
and other give only few % discount on fee but total fee for study
in that type of institute is more than 2 lakh per year for which my
family have not enough money t pay.so i very thanks to people who
starteddakshana and proceeded it to on a top and give a chance to
become an IITian and do something for my society and for my country
i do hard work for success and score very good marks in IIT and
achieve best IIT college in india and then appreciate people for
hardwork and grant success.again very thanks to dakshana team.
thank you.