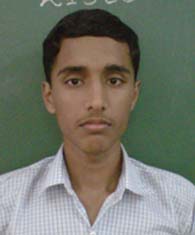 JNV Kannur I'd like to become a Dakshana scholar and hopefully attend IIT
I'd like to become a Dakshana Scholar and hopefully attend IIT because from 9th class onwards, I aimed to became an IITian. Engineering is a vast developing industry now in India. As IIT is a prestigious institution in India, I want to became a member of it.
I had known that Dakshana is the best way to become an IITian. And dakshana with T.I.M.E had showed their excellence in coaching for IIT-JEE.
Dakshana foundation will help me to achieve my goal easily. If I get in Dakshana coaching it will increase my confidence. I know that getting selection in dakshana asures getting selection in IIT.
I dream to get a good job and to bring development, fame and economy for my country, my village and my family. I hop that this test will change my life and I will be succes in my life.
I will be proud if I get selection in dakshana. I will be thankful to my teachers, parents and friends.
I appreciate dakshana for giving coaching to students who cannot afford to be coached professionally by a world class IIT JEE coaching institute.