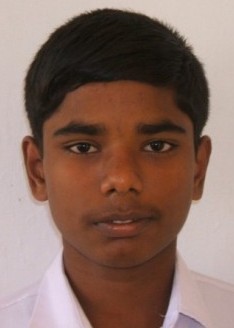 JNV Palakkad I'd like to become a Dakshana scholar and hopefully attend IIT
I'd like to become a Dakshana scholar and hopefully attend IIT because I want to join IIT and become an IIT scholar and to fulfill my dreams. I want to make my parents happy. I didn?t even know about the IITs until 9th class. In 10th class one of my senior classmates was distributing sweets to everyone and so I asked him why. He told me that his brother had passed out from the same Vidyalaya in 2006 and gotten a good rank below 1,000 to join IIT Madras. All the teachers were talking about him and proudly and that made me also think about getting into IIT. I thought of the prestige and my image if I was able to get into IIT. This made me take up the challenge and work very hard to reach my new goal. However, I was restricted by the economical background. At the time I became aware of the Dakshana program and came to take entrance exam. When I came to know the results I was so happy that I cannot express my feelings in words. When my parents find out they were also very happy. Now my only aim is to get into IIT with the help of Dakshana.