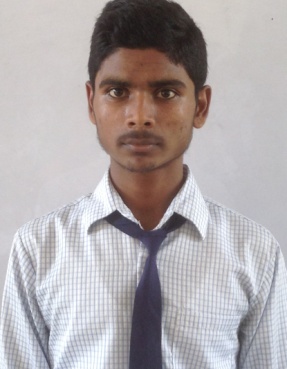 JNV Kushinagar I'd like to become a Dakshana scholar and hopefully attend IIT
I'd like to become a dakshana scholar and hopefully attend because of so many reasons which emphasis me to become a dakshana scholar.one of the main reason is economical problem.i was very talented and I was place holder in my school.afterclass 10th my goal was to join any coaching centre for iit/jee and qualify that examination but when I put my thought to parent they tell me about their reality about money.i was unable to join any coaching centre after that I thought perhaps now I would have no any other option if I could not qualify GDST .but by chance I was unable to qualify gdst.it is very important for me because it has given me a chance to change the way of surviving the life.i am very energized and I have full confidence that I will be able to qualify iit jee-2016.i have seen like me there were so many other students which were my classmates and expose their brilliant mind due to not getting the platform for further study because of lack of money.one of my classmate was unable about money that he could not collect 15000 money for admission in govt. polytechnic college which was very simple for him to qualified.another reason for my selecting dakshana is this that dakshana foundation is non profitable private foundation.this is first time when a private foundation is working for poor students without any profit.all the other coaching centers are only depends on money and always tries ti advertise about their way of teaching.i think that those(which are weak try to show that they are strong one does not do so).the same case is also applied on the outer coaching centers who only try to show that they are best but dakshana does not do so because I hope that it would be strong as I mention above.i want to become a dakshana scholar and want to beat IIT/JEE because by qualifying iit and after gaining money I would be also help dakshana foundation to improve which is working non profitably for poor students and be doing this I would understand that now I am doing something for those friends who did not studied more only due to money