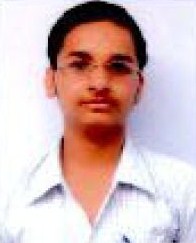 JNV Bhiwani I'd like to become a Dakshana scholar and hopefully attend IIT
I'd like to become a Dakshana Scholar and hopefully attend IIT because IIT was my dream from a long time. But actually I thought many rupees will be spent on IIT coaching. But I belongs from a very poor family so I wanted to change my target from IIT to civil services. But when I entered in Navodaya in class 10th , then I heard some about Dakshana (which gives free coaching Navodaya?s talented students). Then I gave my best on my studies and found some good marks in Maths and science in class 9th and in 10th class I became the topper of my class. Then I prepared my class work as well as Dakshana test. When I heard about Dakshana then I thought my parents dream will come true one day. Then I took IIt as my target . Firstly I will become a Dakshana scholar and then I would like to become a IIT student. I want to do something for my country so I will become I good engineer (with the help of Dakshana) of my country. This thing in my mind gives a large amount of energyand after this idea I gave my best in my study and my performance became from good to best and I realized I can become a Dakshana scholar. In my rural area nobody know about IIT but when I came in navodaya I took information about IIT . I have friend who gave IIT test and cleared JEE Mains. But he failed in advance and then he told me that if he would have taken coaching he would have cleared advance also easily and says to me that Dakshana gives very good coaching for IIT for talented students of Navodaya like you. He belongs to a poor family and so he cannot take coaching from any good institute and after this I was ready for the exam and now I can fight with all the talented students.
Thank you.