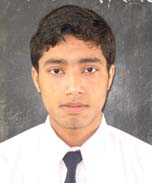 JNV Keonjhar I'd like to become a Dakshana scholar and hopefully attend IIT
I'd like to become a Dakshana Scholar and hopefully attend IIT because Dakshana Foundation is one among the rare foundations which help the scholars which are from rural places mainly and economically, financially poor. So, those scholars need help by which they can show their talent. As per my financial conditions concerned, I am not rich and I am not able to get coaching in Private Institutions by paying a huge amount of money. The first Prime Minister of India Jawaharlal Nehru has established IIT Kharagpur first time for the development of our country in technical field. And his grandson Rajiv Gandhi has established the Jawahar Navodaya Vidyalayas all over the country by which the hidden talent of the rural and poor scholars can be shown. By establishing Jawahar Navodaya Vidyalayas he indirectly developd the social, financial and economical condition of India and directly developed the human resources. So, being a rural and poor student i expect the coaching which is being given by Dakshana Foundation. I will try my best to be a student of Dakshana foundation and to do hardwork to be get selected in the IIT-JEE Examination conducted by the Indian Government all over the India. Dakshana foundation gives a very knowledgious coaching by the most talented coaches, which will help all the Dakshana scholars to get or to receive a vast knowledge. That much of knowledge would be doubled by more practice and then the scholars would be able to get selected in IIT-JEE mainly. Although there are different lines in Engineering like AIEEE, OJEE etc., but my aim is to be an IITan and to research. Then I have to serve my parents, relatives who have encouraged me and afforded the materials which are needed by me during my study. After that I have to serve my country which has given me the opportunity to study in JNV and filled all the necessary things and to the poor people and will try to reduce the poverty of my country. After that I will try to develop the technology of my country without polluting or less polluting the environment. That?s why I want to be a Dakshana Scholar.