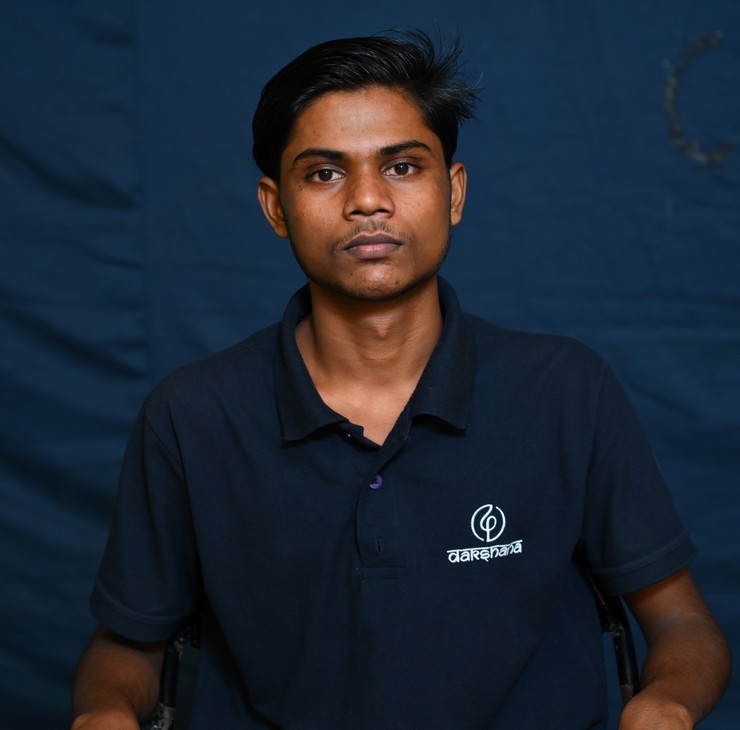 JNV Ballia, Uttar Pradesh I'd like to become a Dakshana scholar and hopefully attend IIT

Q1. Introduce your family to us?..My father name is Mr. Balchand Ram. He is an auto driver.My mother name is Mrs. Chanda Devi. She is housewife. I have a younger brother named Ritesh Kumar . He is studying in 6th standard. I have also a younger sister named Neetu Kumari. She is studying in 9th standard.
Q2. Why should you be awarded the Dakshana Scholarship ……………..I want to be awarded as a dakshana scholarship because I want to study at higher level. I want to be selected in IIT . But my economical condition is not so good. My father can’t afford it . He is not in such condition that he can pay the fee of my further higher study. That’s why I want to be awarded as a dakshana scholarship.
Q3. What is your ambition in life ……………..I want to join IIT . I have a dream to be an engineer.
Q4. How would you like to contribute to the society and the world when you become a successful ……………..If I am becoming successful then I will serve my country . I will perform my duty honestly. I will make a school for poor students and fee for them will be 0. I will make a hospital where treatment will be done at least fee.
Q5. Describe an incident in your life that has motivated/inspired you to do better ……………..Once i was watching television. I was watching news. There was a news about a poor boy but talented boy. He was very talented in study but his economical background was not so good. His family can’t afford that he may read. So he started working as a Labour in day. And the salary which he gets uses to buy books. He reads in night time . He appeared in UPSE examination and he qualified the examination. This news inspired me. If he can then why I can’t.
Q6. Tell us about your interests and hobbies ……………..Playing cricket is my hobby. I am very interested in playing cricket.