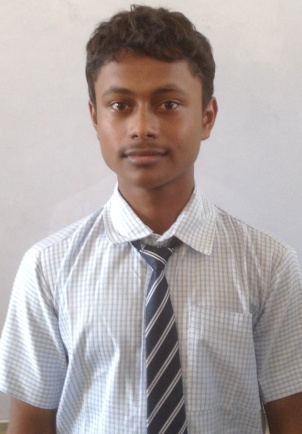 JNV Pratapgarh I'd like to become a Dakshana scholar and hopefully attend IIT
I'd like to become a Dakshana Scholar and hopefully attend IIT because Dakshana is like a boon for poor but brilliant students. I always want to be a IITians but my family background was not so economical hence I was not able to attend some popular coaching classes. Then I heard about Dakshana foundation and become hopeful about my goal. Dakshana is only a foundation which can give so educational environment due to which one can crack IIT-JEE in his first attempt. I became very happy when I came to know that I have passed GDST exam and was selected to J.N.V. lucknow study centre. Now, it seems that this is clear that I will crack IIT-JEE in my first attempt. And this all due to efforts of only Dakshana foundation. Dakshana is most necessary brilliant navodayans. It?s performances is very good. Nearly 64% success rate makes it first choice for IIT-JEE. There is no doubt the we ll selected in iitjee in our first attempt. We have no fear of iitjee. Resonance study material is also so good that is no doubt to qualify iitjee. I am very thankful for Dakshana for this act of kindness for me. Dakshana is the best foundation for IIT-JEE preparation, It is golden luck to join Dakshana. My senior who have studied in dakshan are now doing B.Tech. in IIT Kanpur/ Delhi and this all due to hardwork of Dakshana foundation.
Thanks!