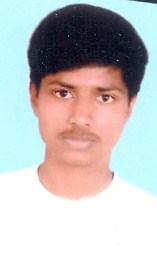 JNV Madhubani I'd like to become a Dakshana scholar and hopefully attend IIT
I'd like to become a Dakshana scholar and hopefully attend IIT because I want to become an IITian. After cracking IIT, I would like to choose aerospace engineering and I want to grow up like A.P.I. adbul Kalam Ajad. I want to make Indian air force powerful as like as Indian Thal sena. I want Indian didn?t be fear on forces of china (like fillinpis). I also want to make aero plane travel chief by making chief aero plane making technology. That of it poor and middle class man like us can also use this service and save their time. But I am from poor and middle class family. For fulfill my willingness to go to IIT, my father want to send me any good coaching institute and I also want it. But our economical position is poor & we cant capable for it. I was hopeless and decided to go back Navodaya for 12th. But in this darkness Dakshana rise up in the form of ray of hope. In new real I prepared for it hardly. I thank to Dakshana to make such an organization that helps Navodayans because in Navodaya most of scholar belong from poor family after 10th who want to be IITian. Thanks again.