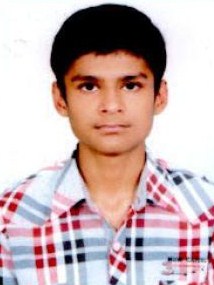 JNV Ranchi I'd like to become a Dakshana scholar and hopefully attend IIT
i'd like to become a dakshana scholar and hopefully attend IIT because it will provide me coaching free of cost.I belong to very poor family. my father can afford any coaching for me .Dakshna will provide me coaching free of cost and also the books for the preparation of IIT-JEE.I know that without joining dakshna ,I will never get these books .Everybody says that everything which is free of cost has no quality or is not good .But something is better than nothing that?s why I would like to become a dakshna scholar .
today ,these is a lot of rush for IIT-JEE.so many coaching institutions are there in india .My first aim is to help the poor ,not only of my nation but of the world .for this I need money without investing money in something ,I cant make money IIT provides better placements than other institute . its fees is also very low as compared to other institutes .thats why I wat to go for iit .
there are so many brilliant across India but nobody knows them because they have not not been given any chance .In this country there are so many difficulties for the poor that at least after fighting a lot they surrender . poor student cant afford for coaching .they cant compete with the rich . I want to help such poor students .
dakshna foundations provides a chance for JNV students .they make IITians from navodyans . it is really appreciable .it is a very good initiative for identifying talent and nurture them