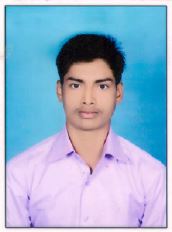 JNV Ballia, Uttar Pradesh I'd like to become a Dakshana scholar and hopefully attend IIT
I'd like to become a Dakshana scholar and hopefully attend Engineering college because according to my thinking Dakshana is best institute for IIT Engineering over all over other coaching such as FIITJEE,resonance. It is best coaching for poor students like me and it is best path for me and boon for IIT. I and my family have not ability to joined to any other question due to lake of income or bed family situation. So it is best of all other students included me and i completed 2 years for Dakshana and reading with laboured to success i this competition. Dakshana is best for other students who are not admitted in navodaya and due to only less no. of institutes in a region founded.So, teachers are cared to these students and hoped to all students for success. So, i should joined to Dakshana. Many of students who qualify Dakshana go in Dakshana faculties because of they have a reasonfor goes are could be a poor students . Dakshana is best boon booster for poor students who are ot able to join other coaching lik as dakshana which is do preparation for IIT JEE because of this parents have not enough amount to do it.Dakshana teachers do oabour for student tonoted them at top of life students also like tostudy with navodayan studentbecause they think opproximately same and he and with friends qualify without loss of money. It is best for them and family members who disable to teaching in other schools. One of the most important topics in Dakshana that Dakshana for not institute for preparing Enginners cause if availsble this at only place or psrticular place. Students laboured in class 10th form begins to go in Dakshana and prepared causes and who want IITians then he success.It is only best booster for future life.