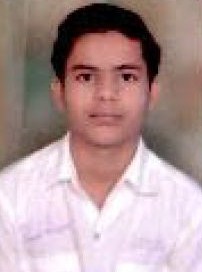 JNV Morena I'd like to become a Dakshana scholar and hopefully attend IIT
I'd like to be a Dakshana Scholar and hopefully attend IIT because ,when I was in 8 class. I think that IIT is simple as JNV.But whwn I entered in class 9.I know about Dakshana that this is very good coaching or Foundation for IITJEE.After that day,I want to be a Dakshana Scholar.When I know about the Dakshana Selection Test That this is very difficult exam for student.I thought that I am not qualify the GDST But my Teachers encouraged me to keep studying for GDST. I started studying properly and in one year.I thought,I am able to qualify GDST.when our grade point goes to Dakshana.I was eligible for GDST.This is the first cheerful days.When the list of eligible students in GDST appeared my name was in It,I was so happy.Than I read out of syllabus for GDST and work hard.The Board Exams of Class 10 came near but I completed the syllabus of 10 Board. In every free time I studied for GDST.Then finally the day came that is 29 March 2015.My test was in JNV Jhansi.I read the paper it was so easy .I did not believe that I solved almost every question.Then after the Exam I was so happy because my exam was over satisfyingly,after some week The result of GDST came ,notification came on my mobile that I got selected in Dakshana. I was extremely happy after hearing that news.In Dakshana I hope that I am going to qualify the IITJEE 2017 because Dakshana is a very good foundation after selection in Dakshana,IIT must be qualified by the scholars.Thanks Dakshana