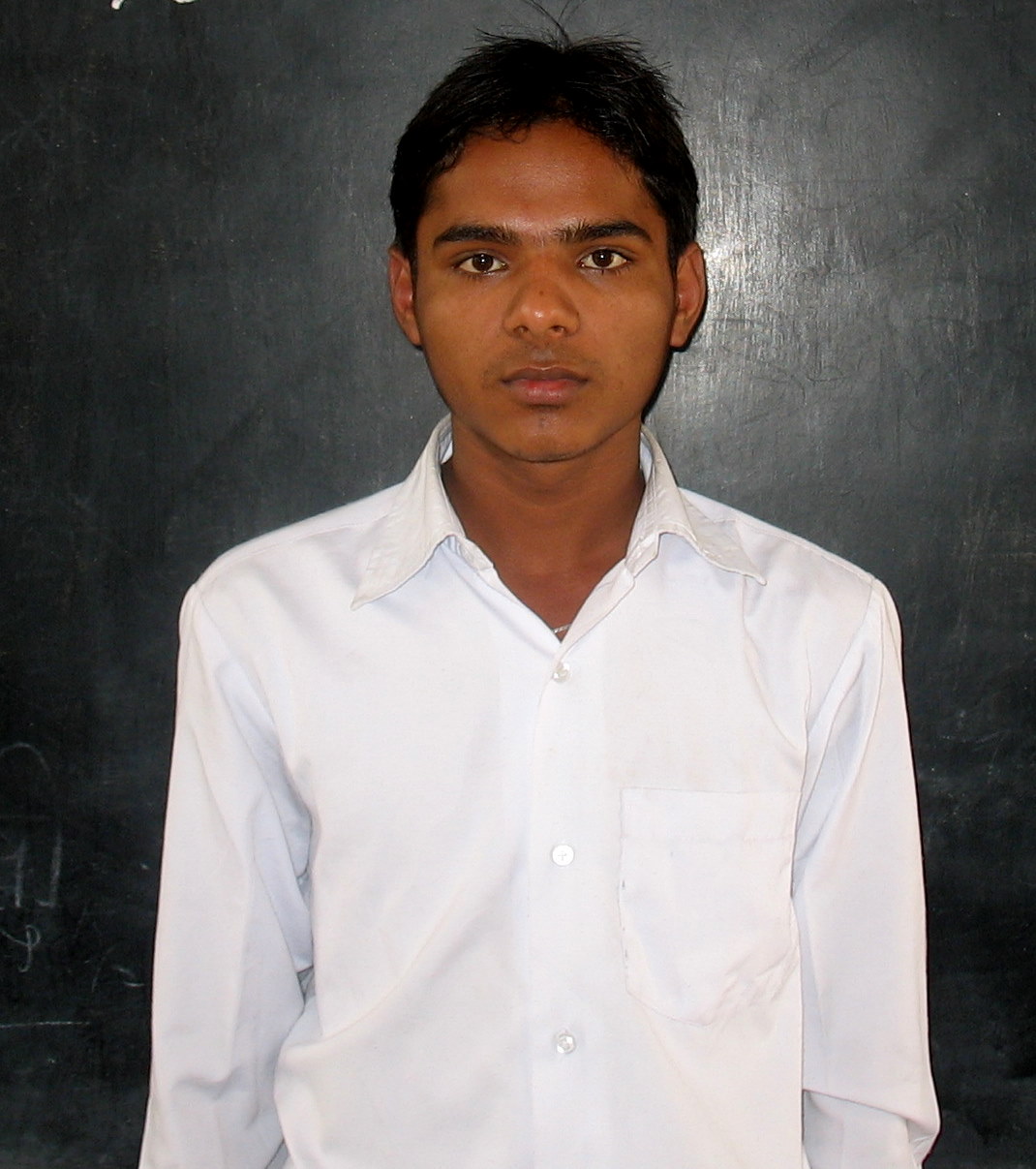 JNV Mau I'd like to become a Dakshana scholar and hopefully attend IIT
I am a Dakshana Scholar. At first, I came to know about Dakshana in May, 2008, when my seniors went for form. I was a class seventh at that time. I was aimless then. After that, I came to know of the IIT examination. I chose to become an IIT-er because I heard it is the very toughest exam in the world. At school, I was not very good in studies in sixth because of my background. I always wanted to hold first place in my class, but only one or two times I was successful in class ten. At first, I started to study actually in class seven, because at the annual day function, every position holder was given a medal and prizes, but I did not get anything. Then I thought to study and then tried and my results were increasing very quickly. At ninth class, I did very good. My result in class ten is 91.2% . In sixth through ninth, my results were 66%, 70%, 76%, and 88%, respectively.
Since I am from a simple family, my father used to do agricultural work. So I told my mother that my aim is to become an IIT-an. IIT is not easy to get, so I needed a coaching class for preparation. Then my mother told me, "It is not possible to get the money for study. You have to study on your own so that without coaching, you can get any job to survive. " She said to me, "Do not look towards a high target because for a high target, money is a medium." I was very sad in those days. I was totally depending on Dakshana. One day I asked my principal and teachers about the Dakshana examination and they told me that Dakshana is no more. It was going to end that year. I felt that my dreams would go inside the sea and I would never catch them.
Then, on 7/15/2009, my principal called some students and asked us if we wanted to go for the Dakshana examination. There was a list of names of some students who could go, if they were willing. I agreed to go and attend the exam at Lucknow Navodaya. I was very happy then. But after that, I saw that there were many students who had more confidence than me and had preparation for the exam. Then I was again unhappy and thought, "If they have potential and confidence, then why do not I?" I also learned in school, then, that it was possible that I was less intelligent than them. So thinking this, I appeared at the exam. Before the examination, the principal of Lucknow addressed us, saying that "I would give my whole life if you are selected in this Dakshana exam, so your life is settled. Have some concentration about the exam." Then he wished us (the examiners) to have a good exam. After the exam, my father asked how many questions I had done and how many papers there were. I told him I had done very good and I hoped that I would be a selected student. Really, by heart, I knew that I would be the selected one, and I when I told my mother about that, she was so happy. Then I told my mother that if I passed the examination, no one could stop me from going to IIT.
After I went to Navodaya, one day I was sleeping and I had a very good dream that I had "made it." I was called by the Dakshana people by post and I had to go to study in Bangalore. After some days, my Hindi madam called me in the Vidyalaya mess and told me that news. That day was very historical for me. I thought about my studies and how I would have to study and when I would go to Bangalore. My mother started weeping that day. She was very happy, and my father also was very happy. That day, he felt that his son would become a very famous man. All were happy in the family and they all praised me.

My Views About Dakshana
The Dakshana Foundation team is very close to me. Some people say that God is nowhere, but some people say that God is only on Earth in the form of some men. I believe this. So, the Dakshana Foundation is God on the Earth for me. My view is that it is very good work. If you give a man fish, then he will feed himself for one day if you teach him to catch the fish, then he will feed himself daily.