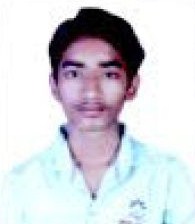 JNV Bundi I'd like to become a Dakshana scholar and hopefully attend IIT
I'd like to become a Dakshana Scholar and hopefully attend IIT because of the many reasons:- As we all know that IIT is one of the best institution in the field of technology of India. There are millions of students who appear for JEE-exam, but only some of them got selected for IIT. It is very difficult to crack the IIT. But the students who are preparing well for IIT entrance will automatically could get the IIT. Today India need high skilled engineers for the development of our country. For this India has opened such a golden thing like IIT and I am also want to become a part of it. For this Dakshana has provided comprehensive scholarship for those students who cannot professionally by a world class IIT-JEE coaching institute. This scholarship include 100% of coaching fees and books. When I was in 9th standard I got many information about IIT-JEE at that time I was also become aware of Dakshana foundation.
But to get the selection in IIT. It was also needed to coached by a world-class coaching institution. But for me it was impossible because of some economical problems in my family. So that was the time of my dream to become an IITian.
But one day when I was in 10th standard I got a shocked news that I got a chance for appear in GDST-2015. On that day I decide to become a Dakshana scholar. But it was nothing.
On 30-05-2015, a life changing result was going to be declared for me, that was of my GDST-2015 result.
On that whole night I was couldn?t sleep. I was only waiting for the result and at last I got such a big information that, ?I got selected in Dakshana GDST-2015?.
And today I am only thinking, studying and hardworking to crack IIT-JEE(ADVANCED)-2017