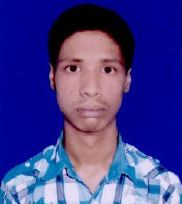 JNV Nawada I'd like to become a Dakshana scholar and hopefully attend IIT
I'd like to become a dakshana scholar and hopefully attend IIT because I belong to a economically deprived family.I want to crack IITJEE but the coaching fee is very high for it,my family cannot afford it.In our school ( jnv Rewar Nawada ), one day I heard about Dakshana Foundation which is helping economically poor students in cracking IITJEE .Dakshana Foundation is providing free coaching to talented but economically poor students. some other coaching institutes are also providing coaching for IITJEE , which is very costly and my family cannot afford it so I decided to join Dakshana Foundation. Since IITJEE is very hard and competitive exam ,so very teacher cannot prepare me for that . Dakshana transfered me to a different jnv and apppointed experienced teacher. Now I'm very happy because I joined Dakshana . Really it's a matter of great proud to become a Dakshana scholar.I worked hard for Dakshana entrance exam. After graduating from IIT one can get a good job easily.I want to become an aerospace engineer and want to serve the nation in the defence area . I fulfilled my desire of joining dakshana and I'll serve the nation.