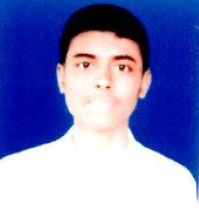 JNV Buxar I'd like to become a Dakshana scholar and hopefully attend IIT
I'd like to become a dakshana scholar and hopefully attend IIT because
Dakshana is only the platform,for the students who can?t afford so much money to prepare for IITJEE,by which any talented student can achieve his goal.Dakshana is the best institute for such students
I want to attend IItbecause ,mainlyiwant to know how such great technologies are happening in the world. How many countries(developed) other than india, are making super computers softwares but in india it is not what is lack of facilities in our countries that is technologies?materila?talent? no! all things are available in our country .Every year thousands of students from IITs & NITs are completing their coarse in CS & also some goes to mit but even after that our country is making such super computers.So,it is better to do any other works,in which they can do excellence rather than to join in IItwith CS branch
Everything is possible so,only cause to join IIt (that can give meal the information of computer science ,how that happens?how that ccan be done ? after that we have to do practical.haven?t us? We must do that by fermentation of computers in Indaia.) is to do any extra for my country ,for the people of my country.I want to provide some technologies to my country by which our country become the top ranked country in the world